By David Harris / Posted in Update
Tags: @globallives, jamesfranco, paloalto, paly
I realized last night as I, along with about two million others, watched James Franco’s new movie, The Interview, that I forgot to share one crucially important Global Lives highlight of 2014, as the opportunity to make a tax-deductible 2014 contribution expires shortly. In October, Global Lives and a collection of James’ paintings based on his high school yearbook were exhibited together in celebration of the new Media Arts Center at Palo Alto High School, his alma mater.

James Franco framed by the Global Lives exhibit and one of his paintings (top center).
While James and his entourage hung his paintings, I was busy with a team of Global Lives volunteers and interns running about a mile of cables between dozens of TV screens, projectors, video players and hard drives. On the big night, thousands of high school students and their siblings and families turned out to see James and Global Lives on display together. Girls especially formed a line about a half-mile long to get into the event and snap a selfie with James.
One girl who had visited the Global Lives exhibit earlier in the week with her class asked me why both shows were going on the same night. I told her that Global Lives was sort of like an opening act. Her response: “That’s silly, Global Lives is just as important as James Franco.” I struggled to contain my simultaneously touched and skeptical response, and she, seeing that I couldn’t figure out how to respond, continued, “maybe not as popular, but definitely just as important.” 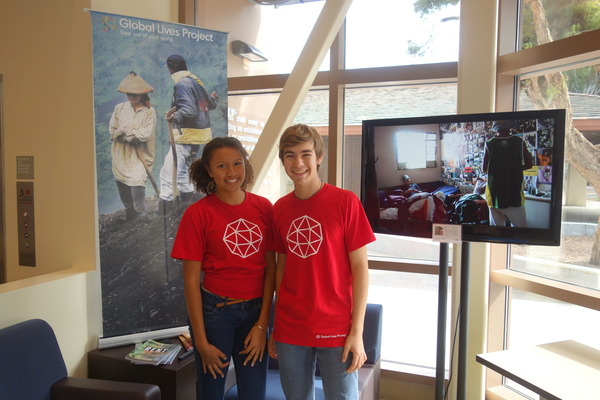 Two of the Global Lives Empathy Ambassadors—students who explain and publicize the exhibit to the rest of the school—at Palo Alto High School.
Another Palo Alto High School student summed up that importance as follows, “The Global Lives Project makes us aware of what others go through and what we are doing isn’t always the best thing or the right thing. Other people live their lives and it works, and just because it is different doesn’t make it wrong.”
A third student told me, “this lets you see what’s going on around the world…it shows us that not everyone lives as easily as we do and we can do something about it.”
I owe an enormous debt of gratitude to all of the nearly 800 Global Lives donors like you that make our school exhibits possible, and in particular to our intrepid advisor and host at Paly, Esther Wojcicki, who made this exhibit happen, and the dozens of other teachers and school administrators in Oakland and San Francisco who hosted our four other school exhibits in 2014.

I hope that you’ll join me in making a tax-deductible contribution to Global Lives today so that we can continue bringing our exhibits to schools around the world in 2015, regardless of whether those schools can afford to pay for our exhibits, using sliding-scale pricing based on the financial needs of each school. 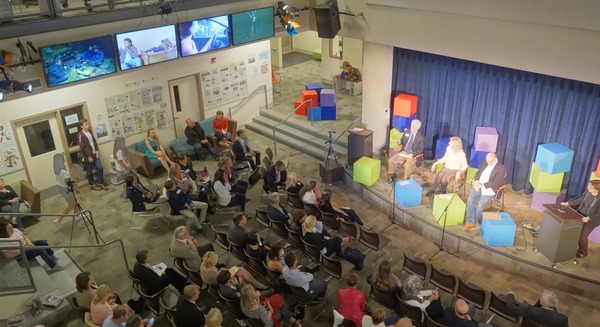 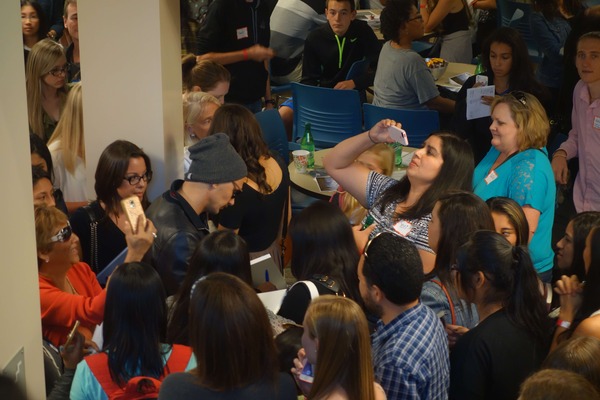 James Franco at his show with Global Lives swarmed by high school students in search of selfies and autographs. Perhaps he could be a Global Life someday, he’s certainly not camera shy.